On Friday, May 29, 2020 around 1:45 a.m. the Fort Bend County Sheriff’s Officer received a call regarding a property check at the 3900 block of Chestnut Bend in the Missouri City area of Fort Bend County.

At 1:55 a.m. three Fort Bend County Sheriff Deputies along with one Precinct 4 Deputy Constable arrived at the location. 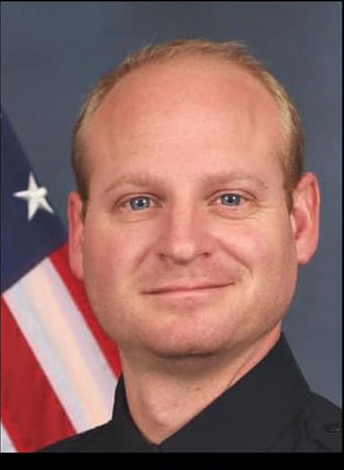 Deputy Constable Caleb Rule was a veteran law enforcement officer in Fort Bend County. He had been with the Fort Bend County Precinct 4 Constable’s Office for nine months and served previously for 14 years with the Missouri City Police Department.

This is an on-going joint investigation with the Texas Rangers. As standard protocol, all Deputy Sheriff’s involved have been placed on an administrative leave pending the result of the investigation.

Officials said Rule worked for the Precinct 4 Constable’s Office for nine months. He was assigned to the Riverstone neighborhood as part of a contract for a night-shift patrol.

Prior to that, Rule worked in multiple roles for the Missouri City Police Department for 14 years.

The deputy constable is survived by his wife and four children ages 13 to 18, officials said. His eldest daughter was set to graduate Friday night, according to Constable Trever Nehls.

Rule was hired in September and was assigned to the Riverstone subdivision as a patrol deputy.

“Deputy Rule was a highly regarded deputy who spoke often of his family as he was a proud and dedicated father and husband. This is a great loss for the entire community.”

The Texas Rangers are the lead investigating agency.

“We are heartbroken over this,” said Sheriff Troy Nehls. “We are praying for everyone involved and will have chaplains available for whoever needs them, regardless of what agency they’re with.”

The City of Missouri City is grieving the death of former Police Department Detective Caleb Rule, who recently died in the line of duty.

Rule served as a sworn MCPD officer from 2004 to 2018 before joining Fort Bend County Precinct 4 as a Deputy Constable. In his public safety career with Missouri City, Rule served as a Patrol Officer, a Field Training Officer, an Auto Burglary and Theft Prevention Task Force Officer and a Detective.

“This is a very unfortunate incident,” said Mayor Yolanda Ford. “During this difficult time, our sincere condolences go out to his family.”

In the early hours of Friday, May 29, Rule assisted deputies with the Fort Bend County Sheriff’s Office on a property check in Sienna, a master-planned community in the City’s ETJ (Extra Territorial Jurisdiction), according to Fort Bend County officials. While checking the property, officials said, a sheriff’s deputy mistook Deputy Constable Rule as an intruder and discharged his weapon. Rule was wearing a bulletproof vest, but was shot in the chest. Missouri City police officers were called to the scene to provide CPR to Deputy Constable Rule until he could be transported to the Texas Medical Center. He was later flown to Memorial Hermann Hospital where he succumbed to his injuries.

“We are devastated by the passing of Deputy Constable Rule,” said Missouri City Police Chief Mike Berezin. “He was part of a family who took an oath to protect the community. It was an honor to serve with him in Missouri City, and our hearts are heavy for his family.”