After an internal investigation, the Fort Bend County Sheriff’s Office has terminated the employment of Deputy Chadwick McRae for violation of the Use of Force Policy in connection to the fatal shooting that took the life of Fort Bend County Precinct 4 Deputy Constable Caleb Rule in May of this year.

The 434th District Court Grand Jury returned an indictment for the offense of Criminally Negligent Homicide against Chadwick Devin McRea. The indictment alleges that McRea caused the death of Rule by firing a deadly weapon in the direction of Rule without visually checking the area where he was firing, and fired in response to an auditory stimulus without first attempting a visual identification of the source of the auditory stimulus.

“Our thoughts and prayers remain with the family of Deputy Caleb Rule as they continue to deal with this tragedy,” said Sheriff Troy Nehls.

Fort Bend County District Attorney Brian M. Middleton said that the evidence presented to the Grand Jury was the result of an investigation conducted by the Texas Rangers and the Public Integrity Division of the District Attorney’s Office.

Middleton said, “This situation is tragic. It is sad when a fellow member of the law enforcement community is criminally charged with breaching his duty of care. And the death of Deputy Rule, who was on duty serving his community at the time of his death, is an unbearable loss for his wife, children, and extended family.”

Criminally negligent homicide is a state jail felony with a range of punishment of 180 days to 2 years State Jail and up to a $10,000 fine. A court date has not been set at this time.

Pct. 4 Constable Constable Trever J. Nehls said, “The loss of Caleb has left a significant void in our office.” “It is important we allow the criminal justice system to run its course.” Nehls personally contacted Mrs. Rule informing her of the indictment.

On Friday, May 29, 2020 around 1:45 a.m. the Fort Bend County Sheriff’s Officer received a call regarding a property check at the 3900 block of Chestnut Bend in the Missouri City area of Fort Bend County.

At 1:55 a.m. three Fort Bend County Sheriff Deputies along with one Precinct 4 Deputy Constable arrived at the location. 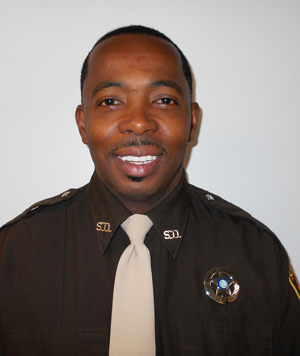 In the process of clearing the property, the Deputy Sheriff McRae (left) mistook the Deputy Constable as an intruder and discharged his weapon. Deputy Rule was wearing his bullet proof vest at the time of the shooting.

Deputy Constable Caleb Rule was a veteran law enforcement officer in Fort Bend County. He had been with the Fort Bend County Precinct 4 Constable’s Office for nine months and served previously for 14 years with the Missouri City Police Department.

Officials said Rule worked for the Precinct 4 Constable’s Office for nine months. He was assigned to the Riverstone neighborhood as part of a contract for a night-shift patrol.

Prior to that, Rule worked in multiple roles for the Missouri City Police Department for 14 years.

The deputy constable is survived by his wife and four children ages 13 to 18, officials said.

Rule was hired in September and was assigned to the Riverstone subdivision as a patrol deputy.
1